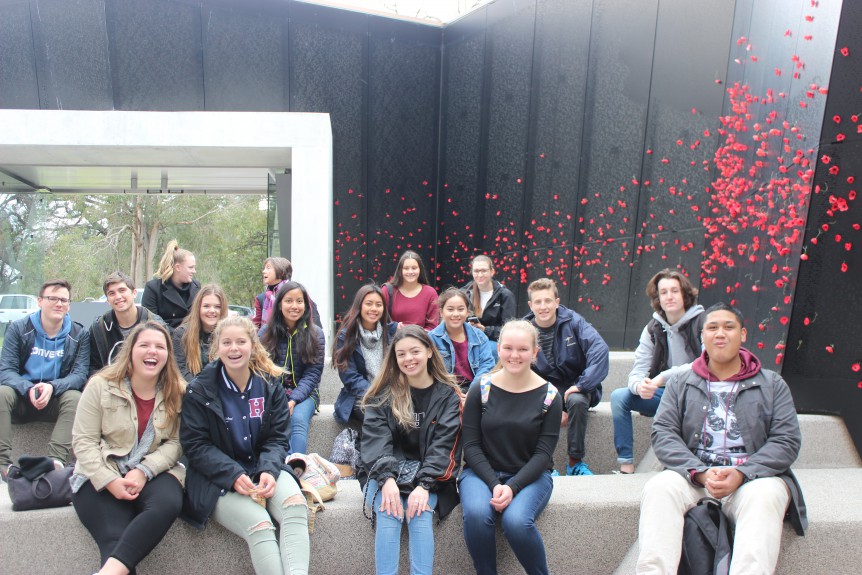 We’re into the final week, amazing how quickly it has all gone yet again.

The Estancia Delegation was able to experience some further classes with their host student throughout Periods 1 & 2.  Period 3 allowed them to meet with Mr. Logan (past chaperone) and Physical Education Teacher to participate in PE class. Here the Delegation was able to learn some Aussies sports, from Cricket to AFL. Before starting the lesson, the Delegation was put through their paces with some warm up exercises from ‘Kangaroo Hops’ to ‘Lizard Crawls’. After working up a sweat in their PE class, the Delegation met out amazing Director of Science, Ms. Muscat, to lead them through a Science class. Here the students had the pleasure of engaging in a dissection activity, which was not for the squeamish.

Later that evening the delegation and host families met at the Werribee Mansion for a spooky theatrical play by Essence Productions. Screams came from many attending while laughs were heard from others.

Tuesday was the last city day, the Eagles visited The Shrine of Remembrance, which was originally built as a memorial for the men and women who served in World War 1, and is now a memorial to all Australians who have served in war. After thanking our volunteer tour guide, we headed out for a bite to eat, getting ready to break into groups to compete against each other in The Escape Rooms. Here we were locked into various rooms and had 60 minutes to find all the clues allowing us to escape (not easy at all). All groups needed extra time, as no group was able to escape in that time! Once we heading home the Delegation had the night with their host families for some relaxation, ready to take on the next day!