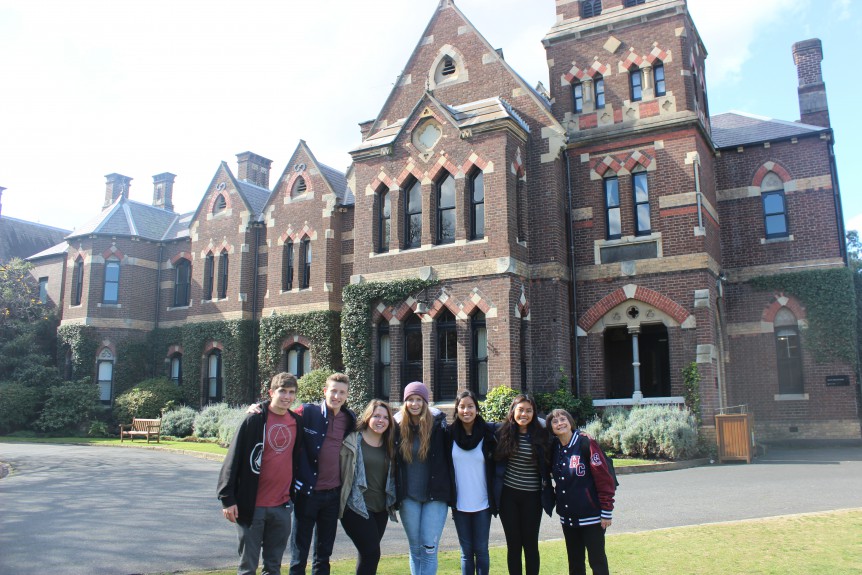 On Wednesday the delegation had a full day at school experiencing traditional classes. Period 1 was spent with their host students in class, experiencing the subjects and teaching practices of teachers at Hoppers Crossing Secondary College.

The Delegation came together during Period 2 for a Dance Class with Miss Elmer (past student delegate and 2016 chaperone teacher). Miss Elmer taught them ‘The Bus Stop’ and ‘The Nutbush’, in preparation for the Debutante Ball, being held that Friday night.

Mrs Richards, one of the American teachers at the College, took the time to run a Food Technology class with the Delegation. Having tried the iconic Australian dessert the ‘Pavlova’ at The Hoppers Club in the first week, the Delegation now had the pleasure of making one themselves! Yum Yum!

That evening all enjoyed some home time with their host families, as this was their last night before changeover to the second families.

Thursday the delegation boarded a bus with Assistant Principal Mr Harding and headed into the City. First stop was to the Queens Victoria Market for some shopping, where the Delegation bought gifts for families and friends.

After some serious shopping. Mr Halge met the delegation in the city and gave them a tour around The University of Melbourne. That afternoon the delegation packed up their bags and headed to the changeover dinner. There were approximately 60 people at the change over dinner which included; host families, staff, students and the Delegation itself. Everyone enjoyed pizza for dinner, followed by a presentation by the Delegation. As the night wrapped up hugs and goodbyes were had along with hugs and hellos as the Delegation headed off to their excited second host families. As Friday was a student free day at the College, the Delegation had the opportunity to sleep in and get ready for the Debutante Ball that night.