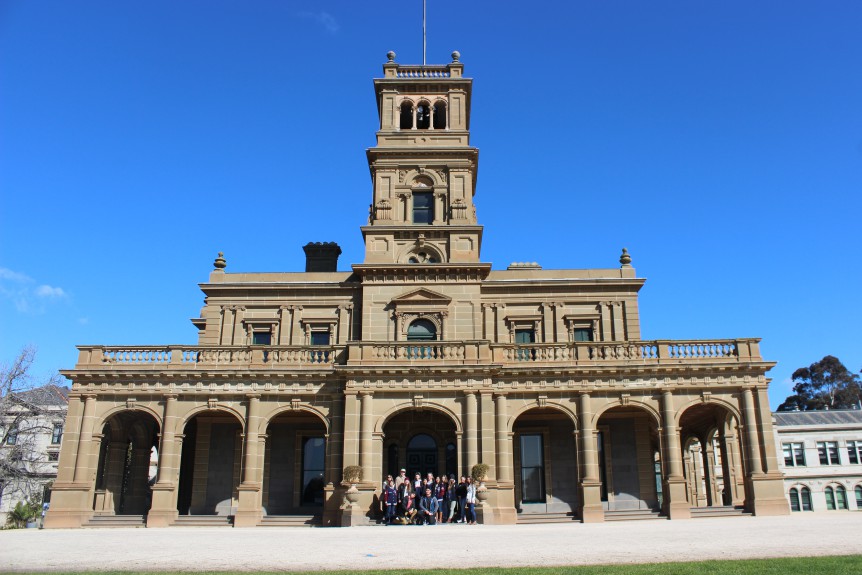 On Thursday 11th August, the Eagles and some hosts students went to Werribee Park and the Werribee Open Range Zoo.

Werribee Park was beautiful as always and was a great place to take some photos. With the signature ‘Toyota’ jump, fitting everyone on a little bench and some piggy back rides to top off the photos it was time to leave and head to Werribee zoo.

Once we got to Werribee Zoo we immediately wanted to see the gorillas! The gorillas were very active and liked walking around. We then wanted to go and see the loins and their cubs. This was one of the highlights of the Zoo day as the lions were beautiful and the cubs were starting to grow their manes, which meant they had orange and brown pieces of hair sprouting from their heads, this was adorable!

After lunch we went on the Safari Tour, which was amazing. We were able to see animals like zebras (Liam’s favourite), giraffes, camels, rhinos and ostriches. The safari tour was so fun because we were all on the bus together having fun, joking around while also getting to see beautiful animals.

After the Safari Tour we had a little bit of time left so we went and saw the Eastern Barred Bandicoot, which is an Australian animal that the American’s had never seen before. Bandicoots are nocturnal, but with a little bit of food that we gave them the bandicoot woke up and was very hyperactive and hungry! The American’s got to feed the bandicoot and then it was time for the bandicoot to go back to sleep. This was a great way to end our day, as we left the Zoo straight after and jammed to some music on the way home.